it is exciting (and sometimes stressful) to organise and plan a wedding. Before you make a start you have to decide which type of ceremony to have? Here are the most popular civil and religious ceremony options in the UK.

In the UK the marriage is either civil and conducted in legally approved premises, including wedding venues and registry offices, or a religious service in a place of worship that is conducted by an appointed person or parish priest. Two witnesses must be present at all times during the ceremony. The relaxation in the UK marriage laws mean that couples can choose to get married at any time of day and up to 12pm in the evening. But check with the registrar in your area.

Get some useful information on the options for civil ceremonies in Registry Office or Approved Venues. Same sex marriages are now legal in the UK.  Couples already in a civil partnership may now convert these to a marriage. 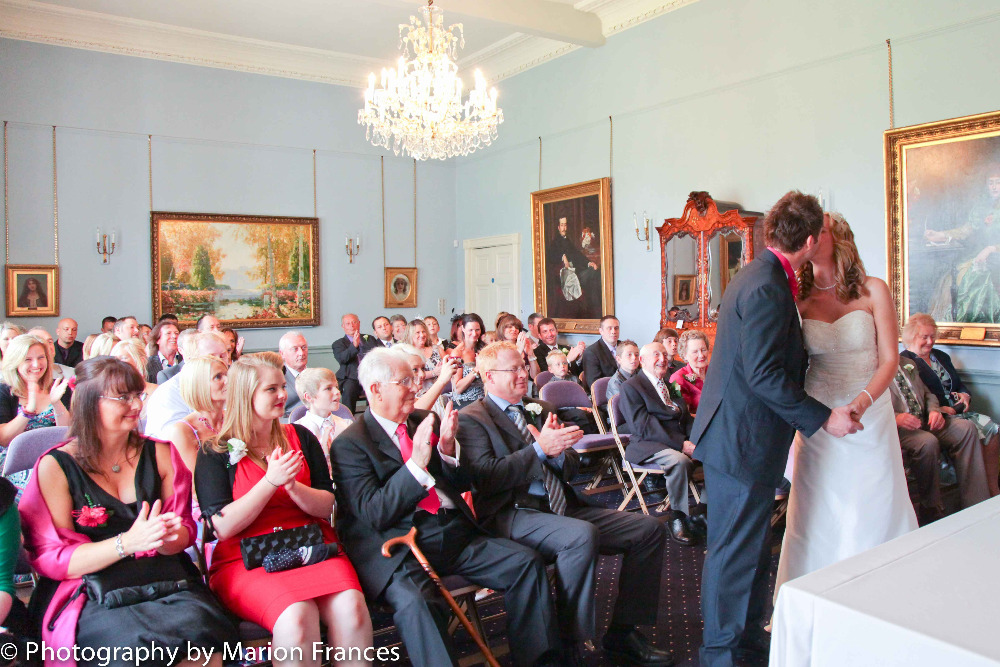 If you opt for a civil ceremony or same sex wedding then you can choose between a registry office or approved venue. Ceremonies in The Registry Office are an option for couples who want to keep it simple, be legally married and do their own thing afterwards; such as hire a village hall or book a table in a restaurant for a few friends. Generally when holding the ceremony in an approved venue, you will be offered a package that includes food and drink for the wedding breakfast. This option suits a lot of couples who prefer the convenience of having everything under one roof.

Speaking of a roof, structures such as outdoor gazebos have to have been approved by the local authority and be a permanent structure with a roof!  Outdoor areas if these are approved, are often included in the package offered by the venue .At present it is not possible to hold a civil ceremony outdoors and in a private house for example and religious references, hymns and prayers are not permitted in civil ceremonies or same sex marriages.

In all cases for civil ceremonies and same sex marriages you have to give notice at the Town Hall or Registry Office and at least 28 days has to lapse before the date which should be within 12 months of the notice.

If your preferred option is for a religious ceremony then you should contact the Minister/Officiant in the building or parish you wish to be married in for advice. The most common type of religious ceremony in the UK are those conducted by The Church of England. You will need to have qualifying connections including parents or grandparents with the parish. For more information see www.yourchurchwedding.org. Most churches have the name and telephone number of the Vicar on the board outside the building or you can find a number here at www.achurchnearyou.com. Here is a useful link for weddings in Scotland and all the information you need. 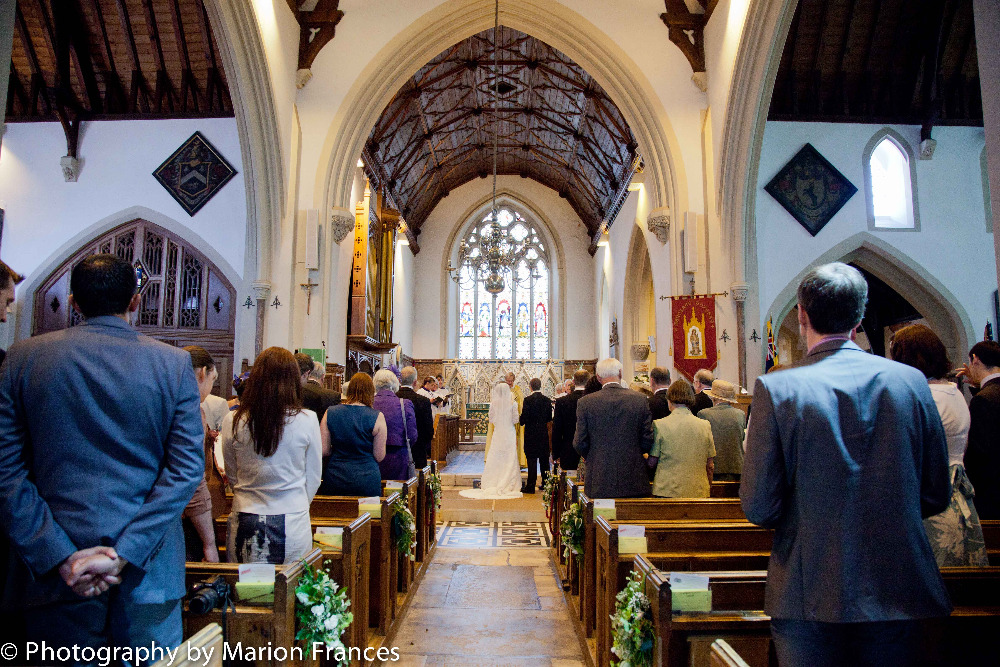 When making a commitment in a religious establishment couples are often offered 'preparation' events and discussions to help them to prepare for married life. When marrying in the Church of England couples are expected to attend the occasion of the Banns, an ancient tradition and public declaration of marriage on three Sundays during the three months before the marriage. This notice of intended marriage allows people to make an objection to the proposed union.The banns are read in that of the parish where the marriage is to take place and also where the couple reside. If it isn't possible for the couple to attend, or time is short, then discuss this with the Vicar who may be able to suggest a common licence is issued. Church weddings offer a spiritual dimension to the marriage ceremony, where the couple look to God for help and guidance and may make a commitment to the Church in the future. Modern music is now permitted in religious ceremonies.

Blessings and Renewals of Vows

A religious blessing often take place in a religious building after a legal ceremony in a Registry Office. Renewals of vows are for 'already married couples' wishing to celebrate and renew their commitment to one another, perhaps after an special anniversary These ceremonies can take place in the UK in either a UK Registry Office or approved venue.

Marrying in the Catholic Church

The rules for marrying in a Roman Catholic Church are different to those of the Church of England. Firstly, the couple both have to be free to marry and have been baptised as a Catholic. You cannot have been previously married and divorced as the Roman Catholic Church considers you are married unless this was annulled. The rules for cohabiting couples are best described here. The Catholic Church also requires the couple to embark on a period of preparation for marriage in order that couples understand what it is to give 'oneself' to the union. Usually the marriage cannot take place until this has happened. 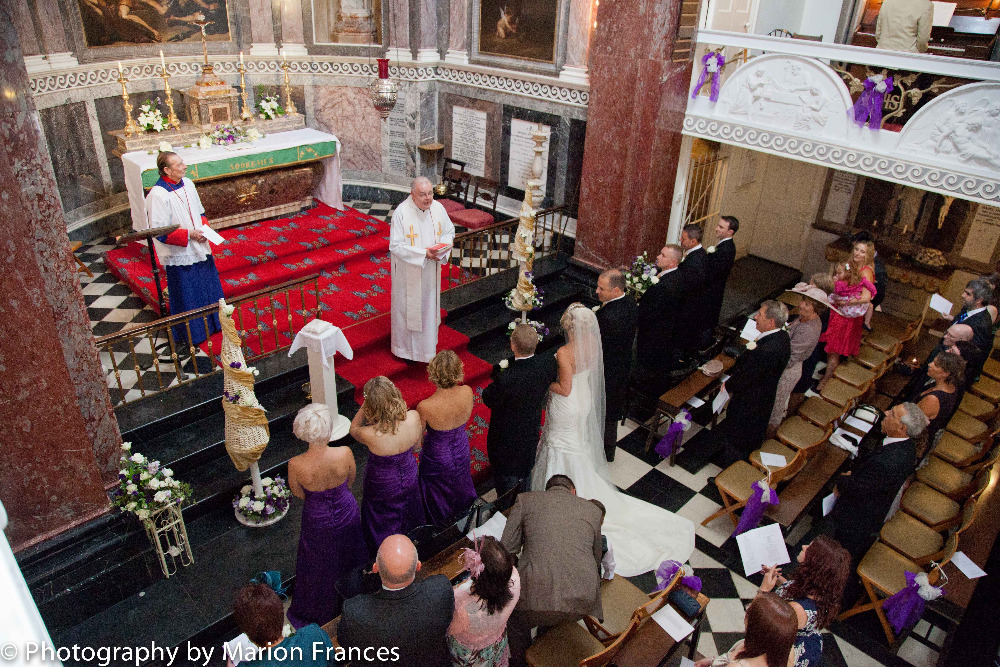 Unlike a Church of England wedding, one that is to take place in a Roman Catholic Church is recorded in UK Civil law and thus requires a licence from the Superindendent Registrar at the Town Hall or Registry Office. This licence is required a full 21 days prior to the date of marriage. There must also be a Registrar or appointed person present throughout the ceremony and at the signing of the register.

Other Christian ceremonies in the UK include those that take place in a Salvation Army citadel or Baptist Church where the legal procedure is the same as for a ceremony in a Roman Catholic Church. In some cases it may not be essential for the Registrar to be present if an appointed person within the Church will be present on the day.

A Jewish wedding is one that follows Jewish laws and traditions and will fulfill a religious and civil purpose. The couple need to make two applications, one to the Superintendent Registrar and the one to the religious authority where the marriage will take place. The ceremony may take place in a Synagogue or approved venue but not on a Saturday. A traditional Jewish wedding ceremony take places under a Chuppah or canopy to symbolise the new home being built for the husband and wife for their life together. The Jewish Marriage Council are a great source of help and advice.

Should you have your heart set on a marrying in a way that is not permitted under UK law, such as a ceremony on a beach or in your garden at home, then consider using the services of a civil celebrant. This type of ceremony will often be preceded by one in a Registry Office so you will be legally married under UK law. You are then able to hold a personalised ceremony with a civil celebrant at a later date. 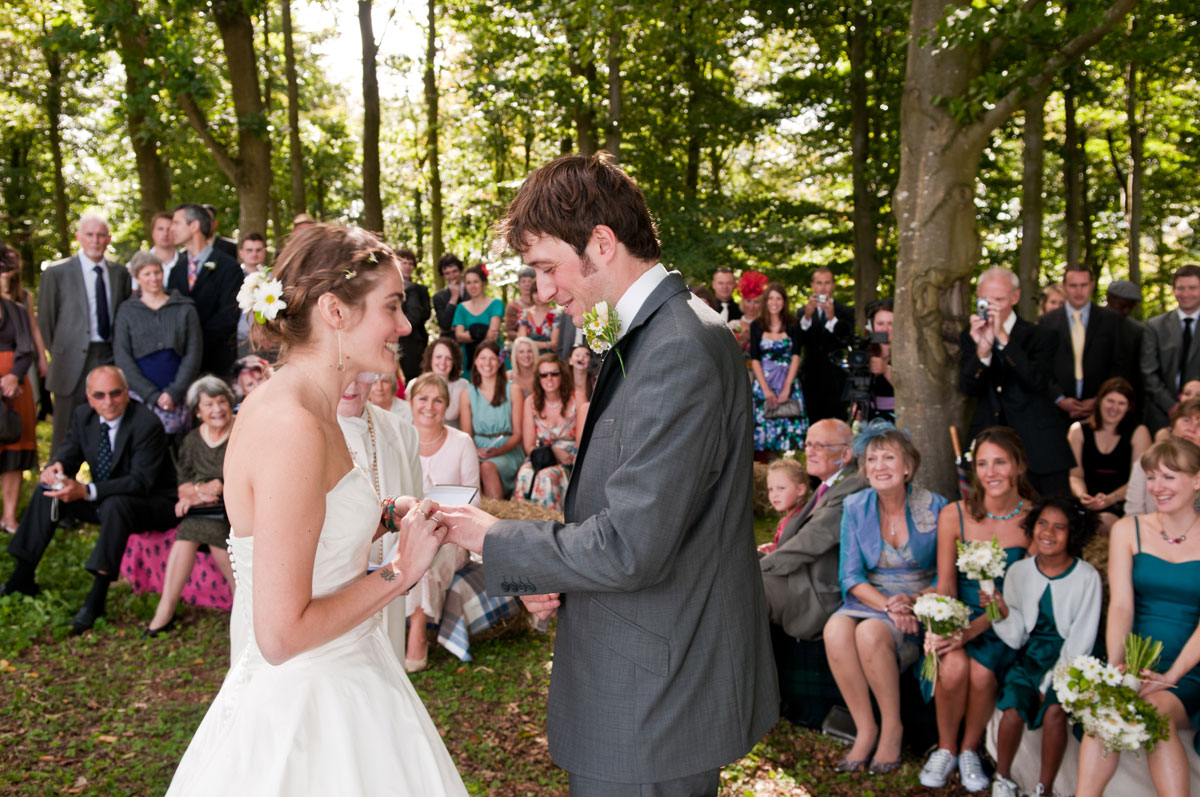 Destination weddings or getting married abroad.

It is estimated that 1 in 4 couples will go abroad for their wedding. Often termed 'Destination weddings', a marriage outside the UK can take place anywhere as long as they don't contravene UK laws. For example you can get married in the open air such as a beach in some countries abroad but this would not be a legal ceremony in the UK. And a legal ceremony back in the UK is essential if a blessing is conducted abroad. 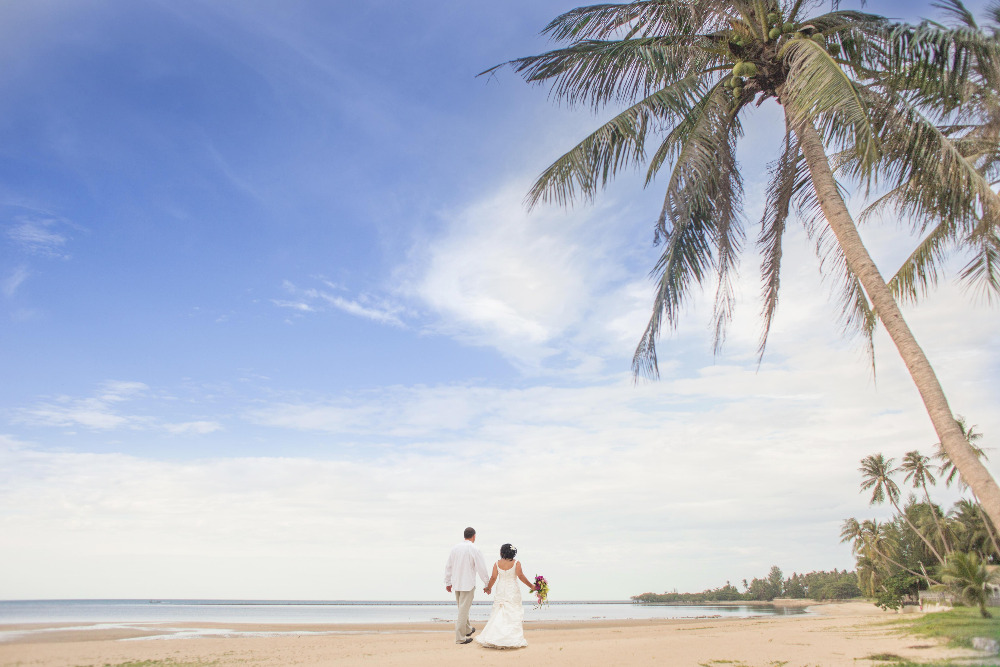 Some travel companies provide helpful packages that include ceremony, reception and travel for your wedding. Bear in mind that most countries require a minimum residency period of up to 7 days.

The UK Government have an advice page here for couples wishing to be married abroad and this will explain the requirements and the documents you will need.